The freight has increased 5 times due to the explosion of sea freight, and the China Europe train continues to soar

1. The freight rate has soared five times, and the China Europe train has continued to soar.

2. The new strain is out of control! European countries cut off flights to and from Britain.

4. Seller attention! Caution should be taken when choosing “emetic tube” for public sale on e-commerce platform.

5. Blizzard in the United States has delayed 6 million packages a day, and the government has allocated another $900 billion in aid.

6. In response to the ultra-high return rate, many platforms have relaxed the return policy.

1. The freight rate has soared five times, and the China Europe train has continued to soar.

After December 8, the General Administration of Railways announced that all export goods were stopped loading. Shipping costs up to 13500 US dollars, a large number of orders cancelled! Since July, due to the sharp rise of China’s export freight volume and the sharp increase of export container demand, the foreign trade logistics field has generally seen a shortage of container sources and soaring freight rates. Under the circumstances of sea cargo explosion and expensive air transportation, many cargo owners have turned their attention to railway transportation, which makes it difficult to obtain railway space.

[today's foreign trade] due to the explosion of sea freight, the freight rate has soared by five times, and the China Europe train continues to soar.

According to the latest data, from January to November this year, China Europe Trains Operated 11215 trains and 1.024 million TEUs, up 50% and 56% respectively on a year-on-year basis, and the comprehensive heavy container rate was 98.4%. China Europe trains have continued to operate at a high level, with double-digit growth for nine consecutive months since March, and more than 1000 trains in a single month for seven consecutive months since May.

2. The new strain is out of control! European countries cut off flights to and from Britain.

According to news reports, three countries outside the UK have found a new coronavirus mutation! The who said it had noted “preliminary signs” that the mutated new coronavirus, which began to appear in the UK in September, “is spreading faster from person to person.

In order to cope with the risk of the spread of new coronavirus variants in the UK, at least 28 countries and regions have implemented border blockade against the UK. Italy grounded flights to and from the UK; the Netherlands suspended all passenger flights from the UK until January 1, 2021; Spain requested the EU to take joint measures to prevent flights from the UK; Belgium stopped the Eurostar express train to London and closed its border with the UK for at least 24 hours; France announced a 48 hour suspension of air, sea and air traffic to and from the UK;

3. E-commerce package will be charged 3 dollars tax! Buyers’ spending may be reduced.

According to foreign media reports, in the second week of December, Democrat Robert Carroll introduced a bill that would impose an additional tax of $3 on e-commerce packages delivered to New York residents, in addition to drugs and food. John Samuelsen, President of Carroll and transport workers union, said the implementation of the policy would also encourage new York residents to support small businesses and local stores rather than larger companies.

But the bill has also been criticized, including Alexandria, a New York congresswoman. “Taxing people who buy milk powder online is better than taxing big companies that have made billions of dollars in the epidemic.” Some experts believe that the package surcharge still has potential advantages, because it can reduce the burden on sellers caused by the tight logistics network, and reduce the waste caused by the large number of packages delivered by carriers such as ups and FedEx every day.

4. Seller attention! Caution should be taken when choosing “emetic tube” for public sale on e-commerce platform.

It is understood that a media survey has found that a large number of emetic tubes with the codes of “rabbit tube” and “fairy tube” are sold on some e-commerce platforms, with hundreds of monthly sales. The seller said that the use of emetic tube an average of 10 kilograms a month, and the use of harmless. When using, it is necessary to insert the emetic tube into the stomach for 50cm, so that the food can be spitted out along the tube. On average, it can lose more than ten kilograms a month. After skilled use, it has no foreign body sensation, and has no side effects compared with manual emetic.

However, industry insiders point out that emetic behavior has great harm to health, or damage the esophagus, teeth, pancreas, salivary gland, parotid gland and other body tissues, resulting in electrolyte disorder, arrhythmia, convulsion, shock, epileptic attack and other serious consequences, and even cardiac arrest leads to death Therefore, the product of emetic tube should be carefully selected to avoid judicial treatment or property loss due to improper selection. 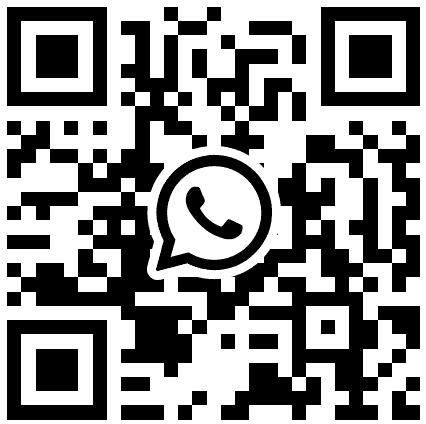